My laser cutter seems to be having a bit of an issue with lines being a little bit wobbly, its not the easiest thing to photograph as the wobble isnt all that massive but to the naked eye it is quite noticeable and is causing issues with a few designs.

I have greased up the rails to make sure they aren’t sticking and when manually moving the head around it seems fine. I have also tightened up the tensioners on each of the belts. I am fairly sure though that it’s something to do with the X axis as straight lines that go up and down on the Y axis appear to be perfectly straight still.

This picture should hopefully show what a cut looked like a few months ago before this problem started: 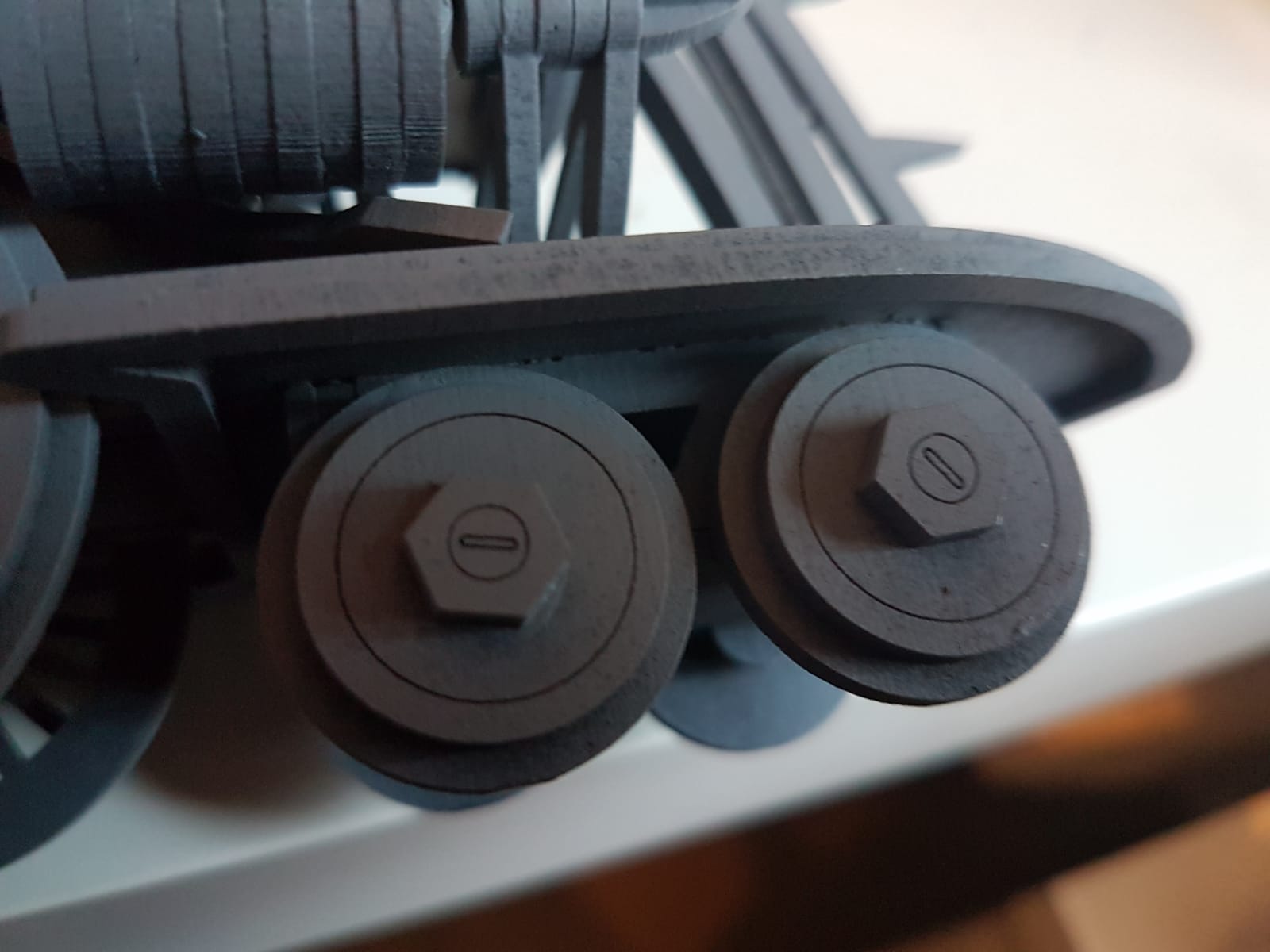 And if you compare the centre detailing on the wheels to the very similar shaped “screw head” looking details on the edge of this building you should hopefully see on these ones the wobbling: 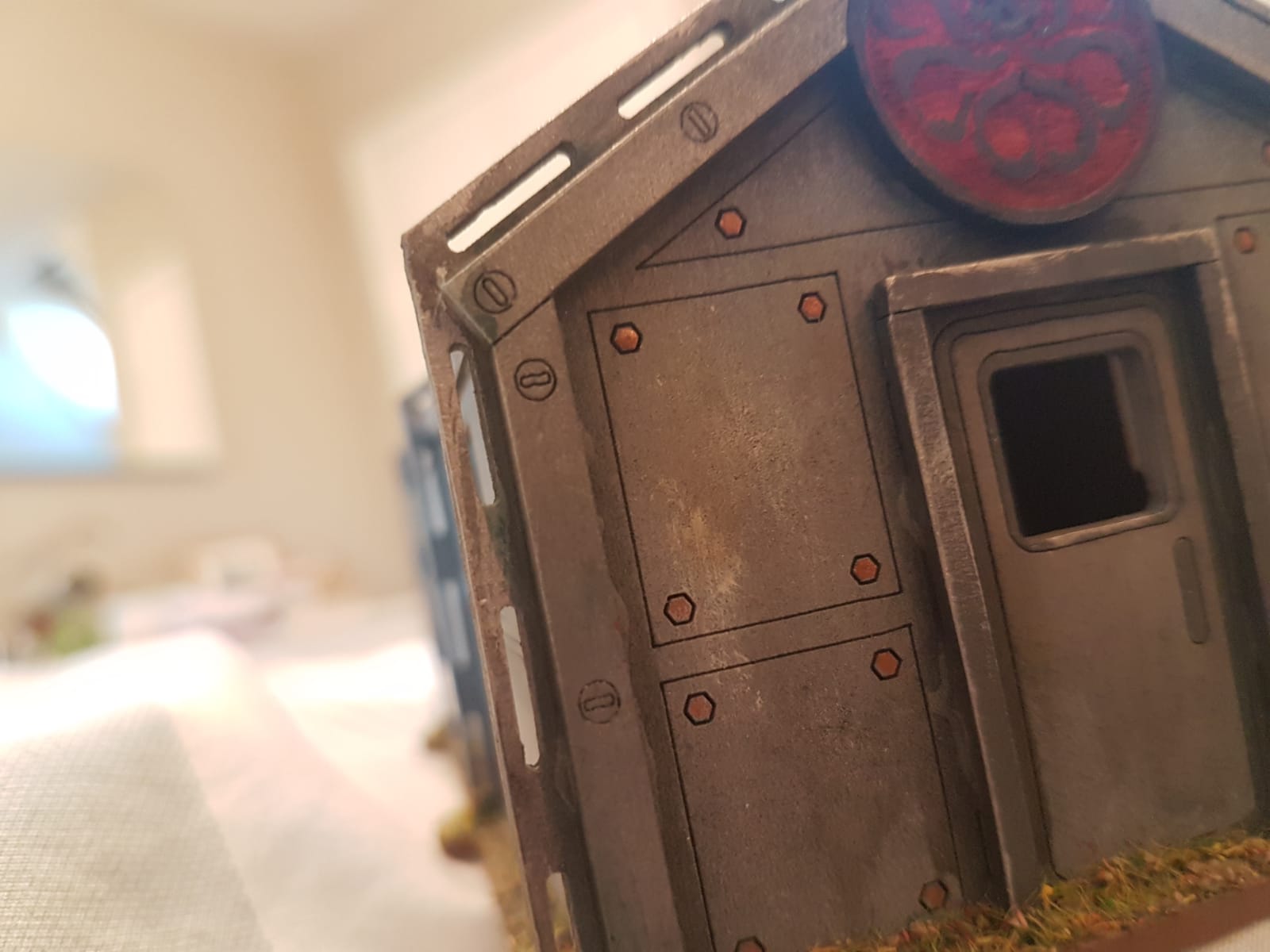 One possible thing I have considered that might be an option, and again its rather tricky to photograph, is that the mount and wheel on the left side of the X axis belt isnt quite fitted straight on to the rail and is at a very slight angle. There is also some evidence that this is causing some very slight fraying to the top edge of the belt: 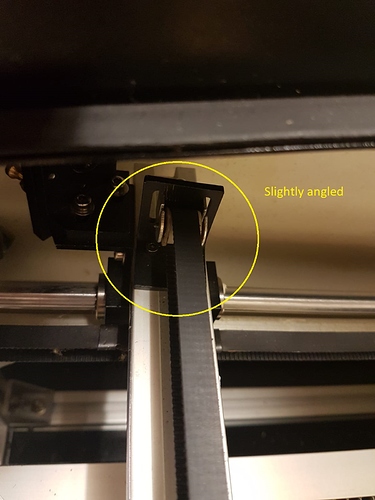 I havent tried adjusting this yet though as the belt itself gets in the way of the screws that hold this in place so Im assuming Id have to remove the whole belt to get to them and Im a little out of my comfort zone by that point. If it seems worth doing though and its not as tricky as I fear then I can give it a go. Im open to suggestions and any advice please folks